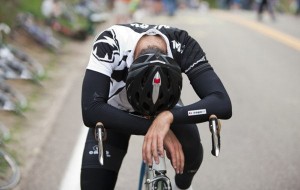 If you read last week’s newsletter, you may remember that I did have the greatest of races at Worlds the other weekend. However, that is in the past and it is time to move on. Easier said than done.

Especially in the sport of triathlons, endurance swimming, and marathon running, where we may only have one or two major races a year it is hard to get over a bad race. A lot of people feel that their whole season is ruined because of it. You may feel that you have trained, months and months for this one event and to have it not go as planned can be devastating.

The key to get over this mental cognitive distortion though, is to take a large shot of reality:

Over the next couple weeks I am going to be giving you my tips on how to make your “offseason” the best ever. Remember, champions are made in the offseason.

Have a great week!
Coach Chris and Kev