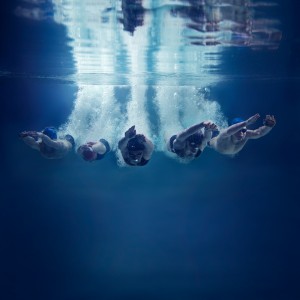 Triathletes and full time swimmers take very different approaches to the same sport. It is sometimes hard to believe that they can share the same pool let alone be on the same Master’s team in peace. Some differences are comical some just make sense because of each athlete’s race specific goals. Nevertheless there are a few items we can both agree on.

I have interviewed several triathlon coaches, swim coaches, and athletes, as well as doing some observational, snooping myself to compile this top ten list of similarities and differences:

Swimmers and Triathletes look and train very differently, but that is alright. Triathletes have to balance two other sports while swimmers can finish a race, puke on the pool deck, and still recover before the next race later on in the day. Despite these difference there is a lot to be learned from each sport’s training philosophy. Just make sure you do not get in the way of either while they are swimming their main sets.