Before I get into the gritty details of the results, I would recommend checking out part 2 and part 3 of this project to familiarize yourself with the science and reason behind doing such a (some might call stupid, but I prefer, fun) experiment. In this final installment, I am going to go over the results, “findings,” and future recommendations.

I should also first note that HVMN kindly provided me with ketone esters and ketone blood strips for this project. I paid for import fees and duties.

All future purchases (SPOILER Alert: I will be definitely be making more purchases) will be on my own dollar without any discounts or kickbacks. I had complete autonomy and control over the content of the blogs, the personal research that I did, the structure of the workout, and the results (that is, they did not pay me to sandbag the workouts).  Alright, with that out of the way, let’s get into what happened…

The workout that I have labeled the “Tetris Brick” consisted of 4 hours of:

To see what this looked like in real time check out the video I created (Part 2 of the videos):

So how did it go? First, let’s look at the big picture then get into more of the details to see what happened. And, don’t worry: I will discuss the obvious limitations of this experiment and some final thoughts.

Overall, the whole workout went better than expected. When designing this workout, I knew it was going to be tough, and the first hour certainly was. I think I needed a longer warm up because my perceived exertion and heart rate was slightly higher than expected.  However, after the first round of intervals, I started to feel pretty darn good.

By the second and third hour, I was cruising! My mind and body seemed to be completely in sync and focused. Nothing else mattered but the interval I was on. I even forgot to record some video. Fueling was steady with about 150 calories per hour which is about half of what I typically consume.

At hour 2, I had another bottle of HVMN ketones and hopped right back in. I was going strong until the final hour. At the three hour mark, I began to fade — not mentally but physically. The snap in my arms and legs simply was not there like it was. My mind was saying: “Let’s go. Let’s go. Let’s go” and my legs were saying “F#c$ you!”.

It was a weird feeling to have my body give out before my brain like that. By the middle of the last interval, my body had had enough.

It was a like a power switch had been turned off. I tried reducing the intensity, but even then there was nothing. Despite my mind racing like the Energizer bunny, I knew that it was time to throw in the towel. My body had hit its limits for my current fitness. I stopped the workout and did an easy cooldown.

Here are my ketone levels over the course of the four hours:

Phinney and Volek, two researchers on the forefront of low carb fueling, ketones, and ketosis, define ketosis as .5 mmol/L and above.

So you can see that one bottle put me into a state of ketosis and kept me there for roughly two hours. Based on these results, we know that the ketone esters do what they say: put you into ketosis without having to go low carb. Moreover, they keep you in ketosis, while still allowing you to top off and fuel with sugar.

While being in ketosis allows you to spare glycogen stores, meaning you burn less sugar at higher intensities, you are still burning sugar and thus need to replenish them albeit with fewer calories.

It is important to note here that it is hard to say whether my crossover point (where I go to burning almost all sugars) was bumped up because of the ketone esters. I think that will be the next experiment.

Looking at my watts, you can see that they remained steady for all four hours. It is important to note that the IF and NP include the warmup and cooldown on the bike.

When these are spliced out IF and NP goes up. As you can see, each round was almost identical and right in that Olympic race pace zone. When looking at the 30s surges on the bike and swim, my power also remained steady.

*Including 200m warmup **Denotes the first half IF. .84 for the whole workout.

My third round bike power file

A sample power file of the Vasa SwimErg. Note the ANT+ drop out after the first surge.

Now let’s get a bit more into the fuzzy area of my personal experience. In my Google sleuthing since the experiment, others have had very similar experiences to my own, but keep in mind that your mileage may vary. Some people have said that they experience GI distress when consuming these (see the research paper that I posted in part 3) and this hindered their TT performance. However, I never had an issue even on the sprints. Yes, it is not the most pleasant of beverages.

But it works, which is the important part. It tastes like watts. You also get used to it quickly; after a few swallows of water, I was good.

Regarding recovery, I did not really notice a difference. I was able to hustle off to work without issue and focus through the rest of the day. The next day, I woke up and trained normally. I have no idea though whether this had anything related to the ketones but it was nice not to feel completely gutted afterward.

As I said before, my RPE was high on the first round but dropped in the second and third. Even in the final round, I felt fine despite my muscles not wanting to work. Typically, my brain fails well before my body, or I run into either not fueling enough or too much and have GI distress. I also know what it is like to mentally fail where I just want to quit and throw in the towel.

This was a different type of “wall.” My interpretation of what I felt is that I found the limits of physical fitness, which is a good place to be. When you fuel correctly, your mind and body can push itself further and find your current limitations (or pretty darn close to it).

I was not in a flow state nor an endorphin high but more of the feeling of laser-like focus and determination. I bet it’s like how Rocky Balboa felt when he was training to fight Mr. T.

Now I know how long I can go at this intensity and can train to push that a little further next time. With more training and the same fueling strategy, I might be able to go the whole 4 hours or maybe even 5.

As you can tell, this was not a fancy laboratory experiment; it was a basic DIY n=1 trial.

I did my best to control the variables that I could, but it was not double-blind (meaning I did not know whether I was consuming the ketones or a placebo beverage). It would be awesome to do something like that but for now, this will have to do. Admittedly, a double-blind test would be tough to design at home given the unique taste of the ketone esters. (Side note/challenge: If you can design a better test, I would gladly conduct it).

Could the performance have been a placebo? Possibly. If it was, the placebo worked really well. What is not a placebo is the fact that my blood ketones rose after consumption.

How much of this was related to my fitness? Would you have been able to go for all four hours if you used HVMN ketones? It all depends. A less fit person might have gone 2 hours before failure and a more fit person most likely would have been able to go 5 or 6 before failure. However, in either scenario, I believe that those athletes would be able to push their upper fitness limits at the same intensity.

Also this was at just under threshold with surges but not sprints, so I am still not sure whether ketones could work for something like a criterium race where your power is relatively low while you are in the draft pack then sprint well over threshold. I would think that it would because you are sparing glycogen throughout the race while drafting so that you can have plenty of sugar to burn when you do sprint. This might be another future test.

Despite it being n=1, I am a typical age group triathlete and not a pro athlete or remarkably strong on the bike or swim. I am just your triathlete next door, so I do think that my experience is reflective of a large group of athletes.

Overall, using the HVMN ketone esters was a huge success. I now know that it works for me on endurance intensities and for extended, near-threshold efforts. I also know that using the ketones plus some Golden Graham cereal bars allowed me to find a whole new level of physical fitness. To be clear, it was not like drinking this bottle magically made me fitter or stronger.

Rather, it allowed me to unleash my fitness without the hindrances of mental fatigue, fueling, or GI issues.

Based on this and my previous test, I do have a few tips:

Given how this workout went, I would give HVMN ketone esters a strong recommendation for short to long course triathletes. In particular, those who:

These are expensive, but I am still going to use them for priority races as follows:

I would also do this once before each race during a key workout to be able to finetune the timing and what I will use for other fuel (granola/cereal bars are still my favorite). All other workouts will be fueled as usual. And, as I said before, I will pay for these myself. In my opinion and experience, these would be better a investment than buying a new gadget for my bike, swim skin, overpriced wetsuit, action camera, overpriced tri kit, or recovery compression boots.

With that, thank you for reading. I would love to hear your feedback, questions, and constructive (key word there) criticism. I would love to do a similar test, so please send me your ideas on what I can test next.

If you would like to put HVMN to the test and to find out more about it, click here

We do not do this often, but because I believe in the product and have found that it works if you would like a discount, to order you can go to this link for 5% off. 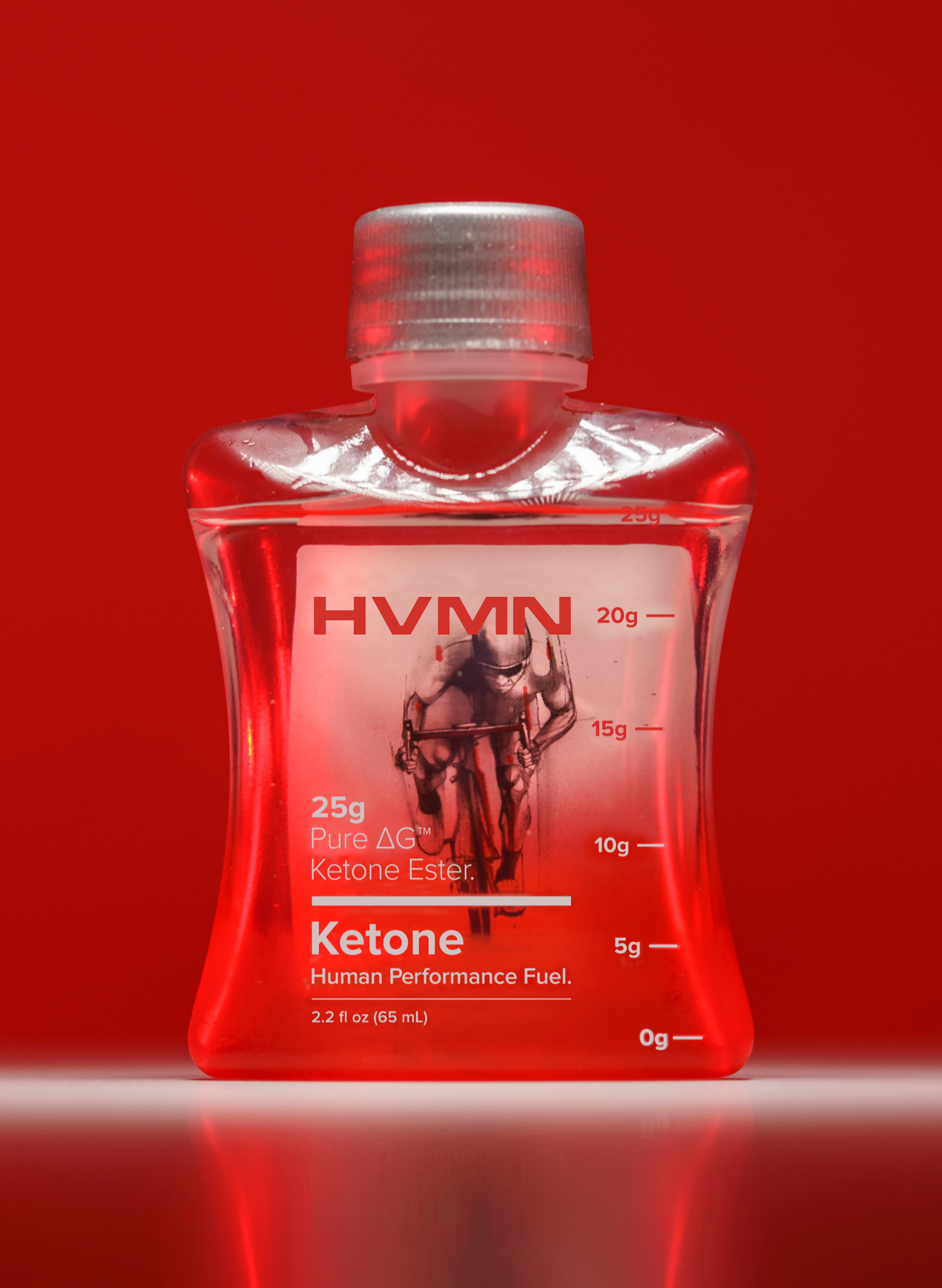