Over the past few years, you might have heard of ketosis.  I will not dive into the details and science behind the diet in this blog/review. But to give you the one clause summary, it is essentially using ketone bodies as a fuel instead of sugar during exercise. Using ketones reportedly allows increased focus, reduced risk of bonking, and reduced soreness following exercise.

To tap into this fuel source though, athletes typically need to either a) starve themselves or b) go on a very low (under 50 g) carbohydrate diet for several days or weeks to switch the body into burning fat and producing ketones instead of relying on carbs.

Unfortunately, low carb diets and ketosis do not work for everyone. For me (key word there since there are many anecdotes on the internet showing the exact opposite), despite being on a low carbohydrate diet and supervised by an expert in the field, I gained 15 pounds, lost cycling power, and slowed down in my run.

Granted, I could go hours at a very low intensity (about 50% of FTP). But anything close to my threshold watts for extended periods of time became a struggle. Since I race Olympic distance triathlons and even 70.3s at higher intensities than many athletes and also train quite frequently in this zone, this fueling strategy became an issue. And I went back to my normal diet with great success.

Recently, however, ketone esters have been introduced to the market. Instead of having to reduce carbs to get into ketosis and possibly jeopardize performance, ketone esters allow you to supply your body with ketones exogenously.  So does this mean I can bake my high carb cake and eat it too? I decided to put this to the test with HVMN, a new ketone ester that has been used by Tour de France cyclists, track cyclists, and many others with great success.

Before I continue, for full disclosure, HVMN contacted me to ask if I would test their products. They sent me a sample of three bottles plus a blood testing kit. However, they have not provided any recommendations on this blog post nor censored any of the below comments. My continued use of this product is 100% funded by my own income. Now with that out of the way let’s dive deep into this rabbit hole…. 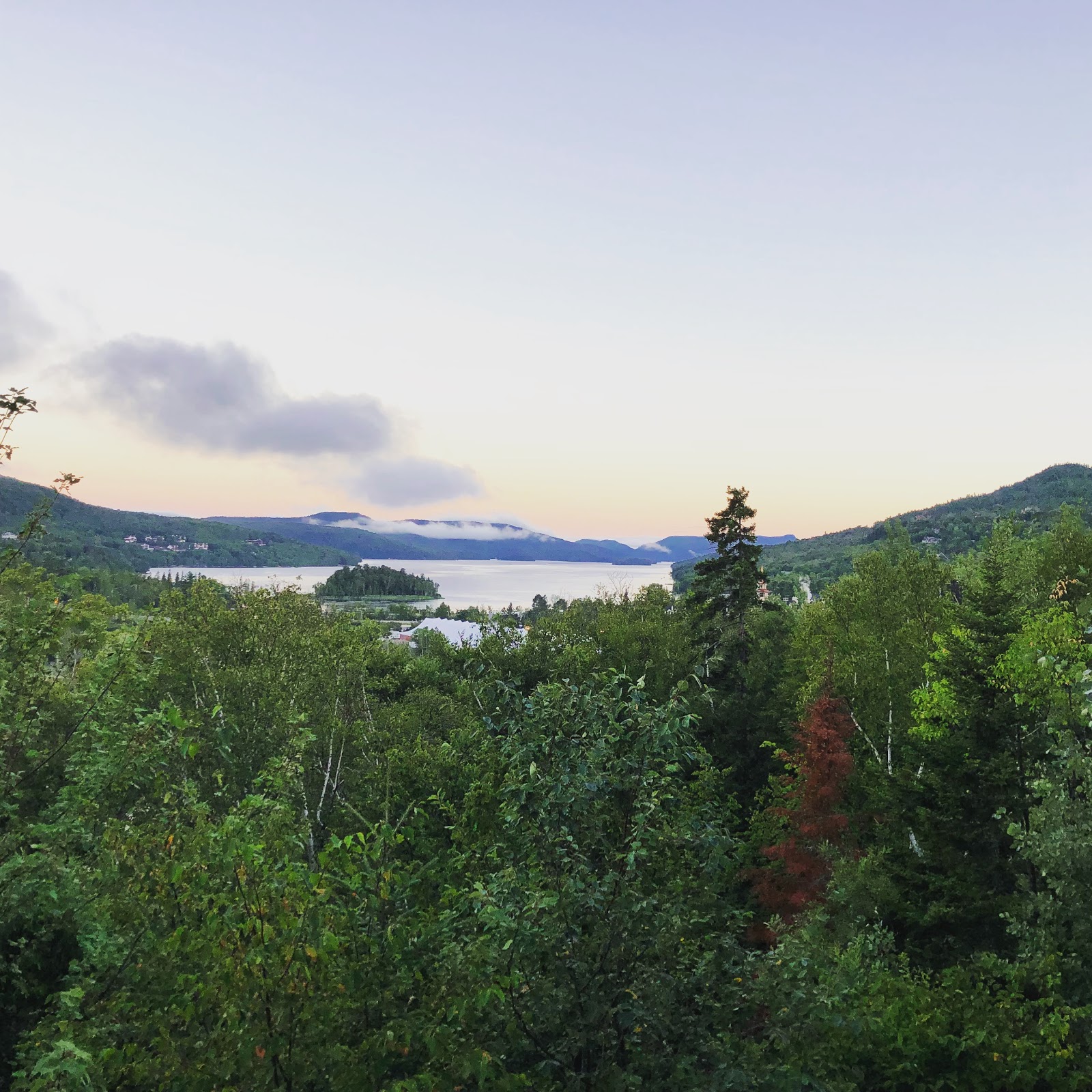 To test whether HVMN works specifically for long course triathletes, I decided to do an Ironman test of sorts. Since I was going up to Mont Tremblant, Quebec to support a client who was racing, it would serve as a perfect testing ground for race fueling. I would not be actually racing the Ironman. But I could at least train on the course in the days prior to the race.

First thing upon waking, I tested both my blood glucose and my ketones, which registered at 90 mg/dL (milligrams per decilitre) and .2 mmol/L respectively. I was not in ketosis which is typically defined as above .5 mmol/L. Before I left for my ride, I tested my ketones once again to see if HVMN had actually hit my bloodstream. This picture says it all: 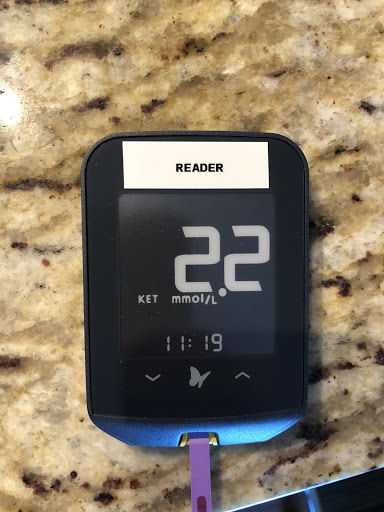 2.2 mmol/L (the clock was not set properly)! So I obviously was in ketosis now with just a single serving of the esters. But did this translate into performance? 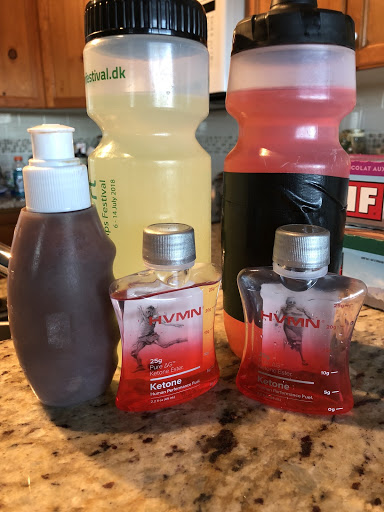 The first half of the ride was fantastic. I felt like I was burning rocket fuel. I was focused, steady, and under control the whole way. As is typical for Ironman, I had to fight the urge to go harder. A little bit after the first lap (2.75 hours in), I stopped and took a second bottle of HVMN (first gap in the file below). I could certainly feel myself fading, and my ketones had dropped down to .3 at this point. About 20 minutes after this, I had to stop again at a gas station to rehydrate. It was here that I was thinking of throwing in the towel. My power was dropping, and I was losing focus.

However, after I had paid for my drinks, I caught a second wave and was back to normal for the rest of the ride. As you can see by the file, I felt like I had a great ride. Note: the IMMTB is short. I also did not start exactly at T1/T2 but just at the intersection of the bridge which shortens the ride.

The next day, I felt fairly sore but nothing extreme; on a scale of 1-10 with 1 being fresh as a daisy and 10 being not being able to get out of bed, I was a 5. My morning readings for glucose and ketones came out at 95 mg/dL (milligrams per decilitre) and .2 mmol/L respectively. Breakfast went normally, but I did have an extra cup of coffee because it was that good. Twenty minutes after consuming my last bottle of HVMN, my blood ketones had risen to 2.5 mmol/L, so I hit the pavement.

My run was just short of excellent. After a two mile warmup that had me shaking off the cobwebs, I felt strong through my “hour of power.” My cruise back to finish felt smooth, and I did not have any significant drop in power or pace. I carried a Clif bar just in case I needed it for fuel but did not actually consume it.

At the two hour mark, I would have needed fuel if I wanted to do a full marathon, but I could have finished up the last 8 miles no problem without much more than a Red Bull, cookie, and/or a Coke–the drink not the other stuff. The day after I was sore–a 6.5 on the above scale–which made running around the expo and race interesting–but overall not as bad as expected.

Overall, I think HVMN definitely worked for both my ride and my run. It provides all the benefits of ketosis and then some without actually having to spend weeks of getting into ketosis. The ketone readings showed that it put me into a state of ketosis. And that this (at least in my experience) led to enhanced performance compared to if I had gone with carbs alone. I also felt like I needed fewer carbs than typical with the supplemented ketones especially on the run.

Subjectively, I felt more focused, energized, and motivated through both workouts with this fueling strategy. HVMN claims that it leads to reduced soreness and enhanced recovery. However, this is hard to test. I was not extremely sore the day after, but I cannot confirm whether this would have been different if I had not used HVMN.

The major drawbacks that I found were first the taste. While it acts like rocket fuel, it tastes like it too. It reminds me uncannily of the Tennessee moonshine that I tried in college. However, after chugging the bottle, I was fine.

Secondly, it is hard to open the bottles while riding or running, so if using during activity transfer to a flask that you can easily pop open. You may want to have a bottle of strongly flavored water to wash it down with though.

Lastly, I feel like a good fueling strategy would be to consume every two hours. On the bike, I waited too long to consume my second bottle. I believe this led to my dip in energy. Similarly on the run, I felt like I needed another hit around the two hour mark. In future, I will be sure to proactively fuel with a schedule instead of reactively fueling.

The big question is whether it is worth $100/three servings (which would be about a single Ironman race)? That is up to you to decide of course. But for me, if the race or workout meant a lot to me, I would. Of course, this will not be making it into my weekly rotation of fuel. But will be limited to those special, “A” race occasions.