So what are you going to do next? So many people have asked me that in the last few weeks. Competing for Canada at World’s has been the goal for the last two years. First there was the qualification for World’s and then there was the actual competition itself. Now that it finished the obvious question is: What is next?

I have been unsure about how to answer that question. For the last few weeks it has been harder to get back into the regular work out routine. I took a couple of weeks off after the season was over and that was good. It felt a bit strange to not have to drag myself out of bed real early in the morning to get out to the pool, and I found I actually enjoyed sleeping in. But once the two week were over the motivation to get back at it was not really there. I knew that I needed a new goal.

Establishing a goal and then moving progressively closer to that goal till it is achieved is a great was of keeping focus and motivation. Once the goal is reached you set and new goal and continue to move forward. But where do you go when you have reached one of the main goals you have set for yourself?

So the last few weeks has turned into a time of evaluation. It has been a time to consider what my priorities are, and I’ve learned a few things.

First, a goal does not have to be something huge. It can be very simple. It can be as simple as making the decision to get out and into the pool just once a week or to get up early once a week to make the early morning swim time at the pool.

Secondly, the goals we set are our goals and they do not have to look like anyone else’s. Each of us is an individual and each one of us is unique and our goals will be too.

Thirdly, writing down your goal is an important thing to do. I have heard that said several times but never realized how important it was. Once it is down in black and white it gives a certain amount of self accountability and it gives us a record to look back to in the future.

So what are my goals?

They are not huge goals, but they are my goals and already they are helping me get back in to the rhythm of my workout routine. 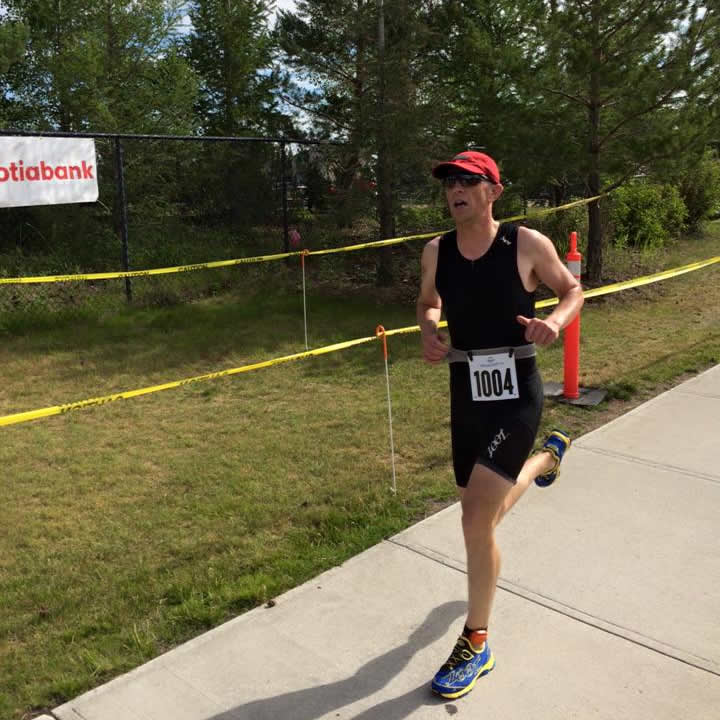 Martin lives in Brooks, Alberta. He has done a number of sprint and olympic distance races. His goal for 2015 is to do well at the World Championships in Chicago.