Brought to you by Triswimcoachlessons.com

Kevin: Well I’m really excited to have Nell Stephenson on the show today with over 15 years of working in health, fitness, 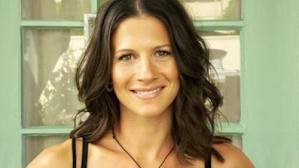 and nutrition. Nell’s practice now spans several countries with nutritional clients around the globe in addition to local clients in Los Angeles where both whom fitness and nutrition sessions are conducted. Her love of fitness and health brought her to Iron Man triathlons. She has qualified for the Hawaii Iron Man World Championships four times which spurs her to keep training harder and inspires her to keep getting faster and leading by example. Since 2005 Nell has followed a paleo eating plan and teaches clients, friends, and family how this manor of eating can so positively impact their lifestyle and quality of living. Her website and blog can be found at nellstephenson.com and she also has a book coming up which we’ll get into.
Nell, welcome to the show.