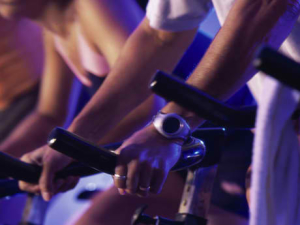 I have a confession to make: from January through June, I only got in the water five times for a total of about 6000 yards.

I started the year with full intentions to get faster in the water, increase my yardage, become more consistent, come out in the lead back instead of being overtaken by the age group behind (or two groups behind me).

All of that went out the window when the school year (I’m a Middle School math teacher by day) started up again. After Christmas break, my local pool shut down for 3 months of renovations (LA pools are notoriously bad at this), I got a stomach flu in February, and, most importantly, my love for the water seemed to fade away and i felt getting back into triathlon training is daunting.

When your motivation is gone, it is hard to drag yourself to the pool and dive into cold water.

Now, I did not stop training altogether. On the contrary, while my desire and time to go to the pool went away my desire to ride and run redoubled. I also found a new love: Vasa workouts.

Even though I did not want to go to the pool to swim, I still wanted to get faster and improve with the time that I did have. Recognizing the time and logistical crunch, my coach began assigning me 2-3 Vasa workouts a week: one of which would would be a Vasa/Kick brick, another focusing on endurance, and the last one being speed/power work.

These workouts barely lasted more than 60 minutes and were between 2000-3200 meters long; most importantly, they fit into my schedule and were what I wanted to do.

For the endurance sets, the basic structure would be a 10 minute warm up doing drills (yes—you can do drills on the Vasa but they are far more effective than in the water because you actually can see your form), then sets of 200-500 meters for about 40 to 45 minutes total with varying resistances using the vent to make it harder or easier. The sprints harken back to my college days with the weight rack.

After a warmup, I would do all out efforts for 15-30s maxing out my power each time. My favorites would be the The Vasa/Kick bricks where after warming up on first the trainer then on the Vasa I would go all out for 400m then transition to the bike and do VO2 max repeats then rotate back to the Vasa again for three to four rounds. Best workout ever.

I used the power meter on the Swim Erg to track progress over time, a GoPro to monitor my form, and the forearm cuffs for supplemental strength work; it was an ideal set up. Since the power meter is ANT+ I was able to go through each workout on TrainingPeaks to see where my power would drop so that in the next workout I could focus extra hard to prevent my form from crumbling.

I could look at my form in the GoPro videos and in the mirror next to the Erg to do checks on my form in the middle of workouts–something you cannot do solo in the pool.

In addition to the Vasa, I binged watched YouTube videos. I watched past olympic trials, our own TSC videos, Vasa videos, anything dealing with swimming that would allow me to visualize good form.

I would watch their forms then visualize myself doing that form; then I would hop on the Vasa and actually act it out. With the exceptions of the five pool sessions, YouTube and Vasa sessions were the closest thing I came to putting a toe in the water.

Recently, my wife and I moved to Phoenix, and, not coincidently, right across from a 25m pool. Finally I was able to get back in the water. I was a little nervous at first and scared of what the pace clock would tell me.

How much time had I lost? Would I be able to regain it back in time for my race? Would I be starting from square 1?

The first workout was rough. I did find myself a little winded after about 2000 m but believe it or not my times were not that slow compared to where I was in December.

In fact, my 100 and 200 time was actually faster! I was dumbstruck, but the results do make sense. Although the training scenario was not ideal and swimming three times a week would have shown more improvement potentially, my intense, form-focused, fluffless workouts did pay off.

Even though I can get to the pool whenever I want (work and family permitting of course), the Vasa and YouTube video diet is still going strong. I swim three times a week and get on the Vasa 2 more times.

Before most swims, I pull up a few videos to watch and visualize my own form. The gains keep on coming and I am seeing consistent improvements both in speed and endurance. After six more weeks of now swimming and including the Vasa, I have further cut down my 1000m TT by 30 seconds and took off another 10s on my 100m split. THe results are short of incredible.

Am I recommending that you not swim for six months? NO! But what I am saying is that when crunched for time or under specific circumstances, use the time that you have to the maximum. Don’t waste your time with junk yards. Condense it down to the essentials and then focus and give 100%.

If you can’t get to the pool or don’t want to, there are options out there like the Vasa Swim Erg that can give you great results.

Also, do not discredit the power of visualization. It might look goofy, but it can help. My recommendation is to visualize, and immediately follow it with acting it out in the pool or on the Vasa.